Men’s Month: Are You Thinking of Taking a Second Wife? (Part 1)

Research into polyamory is quite limited and polygyny has been researched even less. Meg Barker defines polyamory as ‘… a type of non-monogamous relationship orientation in which it is considered acceptable to love more than one person and emphasis is placed on openness and honesty within one’s relationships.’

While polygamy refers to the practice of marrying multiple spouses, in polygyny the man is married to multiple spouses at the same time. However, I find that Barker’s definition highlights something crucial that applies to polygynous marriages as well. It emphasizes the need for honest and open communication between all involved parties. This does not only include the first wife and prospective second wife but may also include older children and wider family members.

If you are a man considering taking a second wife, I would like to invite you to reflect on the following issues before you make the decision.

1. Problems in existing marriage will not go away

If you are tempted to solve a problem in your relationship with your current wife by taking on a new wife, the bad news is that the problem is unlikely to go away.

How can I say this without knowing what your problems are? I say it because I know that you have played some part in the development of the problems in your first marriage. All relationships are two way streets. Typically the only problems where the burden of responsibility lies more heavily with one spouse are problems such as affairs, addictions and abuse. These are ‘hard’ problems. Most other problems are ‘soft’ problems to which both spouses have contributed equally.

Let’s say that you seek a second wife because romance and passion have waned in your first marriage. By taking on a new wife you hope to be able to enjoy a satisfying marital life. You will not solve the problem in your first marriage in your second marriage. The problems you are having with your first wife will continue to exist. You may be able to “cover up” the immediate frustrations in your relationship through your second wife but you are not solving the original problems that exist in your other marriage.

You see, if something happened to your first marriage that made romance and passion wane, who is to say that will not happen this time around as well? Is the solution a new marriage or maybe first addressing the issues in the current one?

Unless you understand how your first marriage developed and what part you played in the problems of your marriage, chances are you will repeat the same mistakes in the second one and end up unhappy in both marriages.

Islamic scriptures suggest that a man who chooses to have  multiple wives must deal justly with all wives. And more importantly if he is unable to deal justly with his first wife, he should not take another.

Now, I am not an Islamic scholar. However, as a couples therapist I would like to ask you the following: If your current wife were to be asked what ‘dealing justly’ means for her, what would she say?

You may say that “dealing justly” means to you that both wives receive an equal amount of your time and attention, or an equal standard of living. However, equality and being treated fairly is likely to be different to each individual. Are you being honorable in your actions if they are unfair in your wife’s eyes?

Now, let’s say your first wife agrees with you taking on a second wife and believes that she will be treated equally. Then you have another question to ask yourself. What does dealing justly mean to your intended second spouse? Will you be able to meet her needs and expectations of fair treatment?

Until you can from the bottom of your heart say that both wives will feel that they are treated with fairness and equality, you should not rush into a second marriage. It is best to start a marriage off right.

You have probably guessed what I will say next. If you want to make your second marriage work while not negatively impacting your first marriage, you must be able to have open and honest conversations with all involved parties.

To start with, you must speak of your plans with your first wife. Do not do anything behind her back. An honorable man does not resort to secrets and deceit. Doing the psychologically healthier thing isn’t always the easy route. It will, however, make your life and everyone around you much less frustrating.

Equally, be open and honest with your prospective spouse about your first marriage. Ideally, all three of you could sit down and talk about potential sticking points together. You need to discuss ways to resolve inevitable conflicts that will emerge.

In my experience many men seek to reassure and placate their prospective second wives that the first wife is merely a wife on paper. They deny that there is any intimacy and or affection left in the first marriage. They may claim to hardly even see their first wife and talk about living parallel lives. The false reassurance is a breach of trust that will follow your marriage for the rest of your lives.

Soon the second wife realizes that their husband was not honest. If the attempt to make the second wife feel special and safe has been based on a lie, crisis will follow. Honesty requires courage and the ability to have tough and healthy conversations.

If you are not able to talk honestly about the nature of your relationship with your first wife to your prospective second wife, you are not giving her the chance to choose the marriage that she wants. You are distorting reality.

Yes, it is possible that if you are honest before marriage your love may choose not to marry you. Heartbreak hurts. Your second wife will find out the true state of your first marriage. She will be deeply hurt. The hurt you will feel will also be far greater than that of a broken heart of a marriage that was not meant to be.

If you are unable to talk honestly about the state of your first marriage before the wedding, chances are you will not be able to do it after you are married.

Remember, the conversations are not just to be had before you make the final decision about a second marriage. If you choose to marry again, the conversations will continue throughout your lives together. The needs and challenges you face will change as you move through time together.

The man in a polygynous marriage often finds himself carrying many secrets. He may hide the fact that he has a second wife from his close family and friends. Though polygyny is legal in many countries, it is not considered desirable in many Arab Muslim families.

This secret is problematic because not only will the man not get support from his closest circle but it also leaves the second wife with little support. She also tends to end up alone when her husband has to attend family events, usually with his first wife. If there are children from the second marriage, they also will be kept from getting to know their extended family.

If your extended family will not accept your second wife and your future children with her the children will be paying the highest price for your actions. Being a child who is a secret or shunned by extended family can leave deep psychological scars.

Nothing that is right should be a secret. Your second wife should not be a secret and under no circumstances should you children be a secret or feel unwanted.

I would also like to warn you against intending to keep secrets in the beginning and come clean later. If you don’t muster the courage to come clean now, the courage will not come later. This is too important a matter for postponement or procrastination.

5. Think of the bigger picture

Think twice if a second marriage is the right choice for you especially if you anticipate that you will need to keep your second family a secret or that they will not be welcomed to your family.

There comes a time in most people’s marriages when the going gets tough. A support network is essential to get you through the storm. In case your second marriage hits a crisis, you will need friends of the marriage to help the two of you through. If your marriage has no friends, you will be dealing with the crisis alone.

You will need someone on your team if your family is not in favor of polygyny. If it is you against all of them, expecting yourself to have the perseverance and patience to deal with everyone involved is unrealistic? And at what cost? Is it worth possibly destroying family relationships?

As you can see, a second marriage is not just about you and what you want. Your choices and actions will have long-standing implications on the lives of others. Make sure you choose the consequences you can live with.

The second part of this post will be published later this week. Meanwhile, you may want to read our article about some challenges in collectivist marriages.

Ask Yourself Series: Parenting
Important Midpoints: One Thing Today
Telling Your Child Someone Has Died
Early years: Self-care for parents of young children 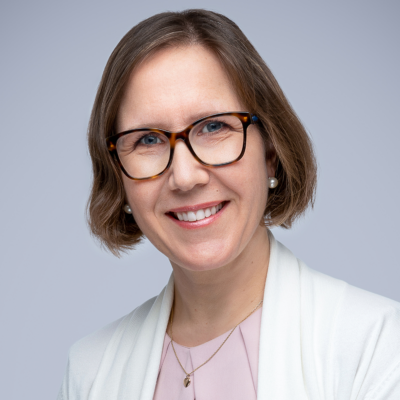 This article features the advice of a licensed expert, but it is for informational purposes only. It is not intended to be a substitute for advice, diagnosis or treatment from a trained professional. In an emergency, please seek help from your local medical or law enforcement services.

Men’s Month: Are You Thinking of Taking a Second Wife? (Part 2)
How to Survive A Job You Hate?
How to fill your cup
Early years: Understanding childhood trauma 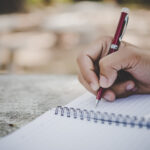 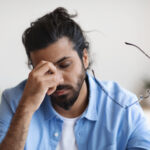 Men’s Month: Are You Thinking of Taking a Second Wife? (Part 2) 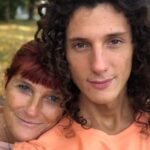 Telling Your Child Someone Has Died 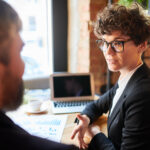 What is reframing and why use it in conflict